Be the first to review this product
On request
SKU
75003 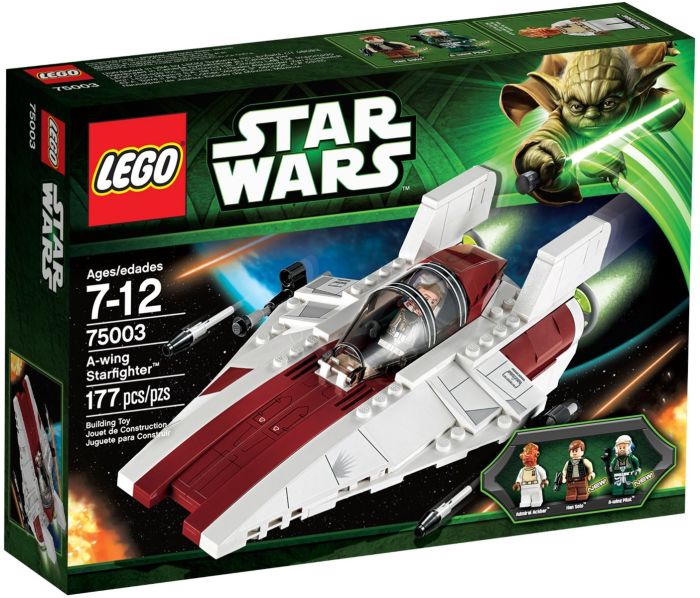 Bring the battle to the evil Empire with the Rebel Alliance's super-fast A-wing Starfighter! As featured in Star Wars™: Episode VI Return of the Jedi™, the agile A-wing, with an opening cockpit, is perfect for attacking the Imperial Fleet! Build the same lightning-fast ship that destroyed Darth Vader’s Executor! Then, take on the Imperial forces with Admiral Ackbar, an A-wing pilot and Han Solo!

• Weapons include a blaster pistol • Accessories include mug and a wrench

• Collect the A-wing pilot helmet, being featured for the first time ever by LEGO® Star Wars™!

• Bring the battle to the Imperial Fleet! • Fire the missiles! • Remove the engine!