Be the first to review this product
On request
SKU
88332

Excuse me, but do you happen to have any gold. 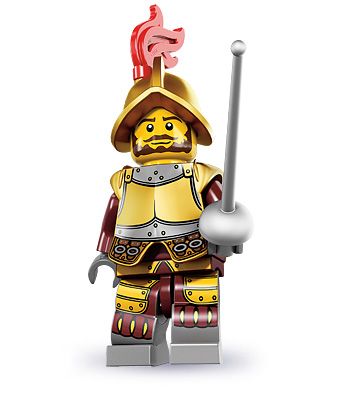 The Conquistador likes gold. REALLY likes gold. Its not so much about the wealth; he just thinks that it looks really good, and hed like all of his stuff to be made out of it. If he had his way, hed be living in a solid gold house, taking a nice bath in a gold tub full of golden coins. And the towels and shampoo would be gold, too.

The Conquistador has traveled all across the world in search of gold, but he hasnt had a lot of luck so far. For some reason, the people he meets always want to keep theirs, which seems pretty selfish to him especially that Leprechaun, who just up and disappeared. Fortunately, hes heard about this newly-discovered place called the Aztec Empire. He figures hell stop by there next and see if theyve got any gold they dont mind sparing!