Be the first to review this product
On request
SKU
75020 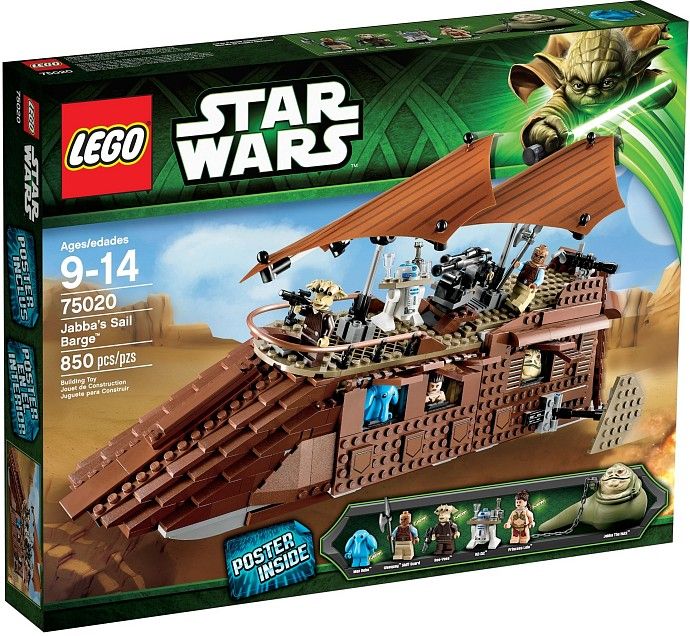 Princess Leia and R2-D2 are secretly plotting their escape from Jabba’s Sail Barge™ prison. Help them to sneak past the guards, Weequay and Ree-Yees, while Jabba the Hutt gets distracted by musician Max Rebo! Find a way to slip through the opening side windows of the floating Sail Barge, then get past its hidden pirate cannon, deck cannon and 2 flick missiles! This essential LEGO® Star Wars™ set features wheels, fold-down sides, removable deck, jail, kitchen and Jabba’s throne. Includes Jabba the Hutt, R2-D2 and 4 minifigures with weapons: Princess Leia in slave outfit, Max Rebo, Weequay and Ree-Yees.