Be the first to review this product
On request
SKU
9442
Unleash a ninja assault in the sky with Jay’s Storm Fighter!
Ask for availability 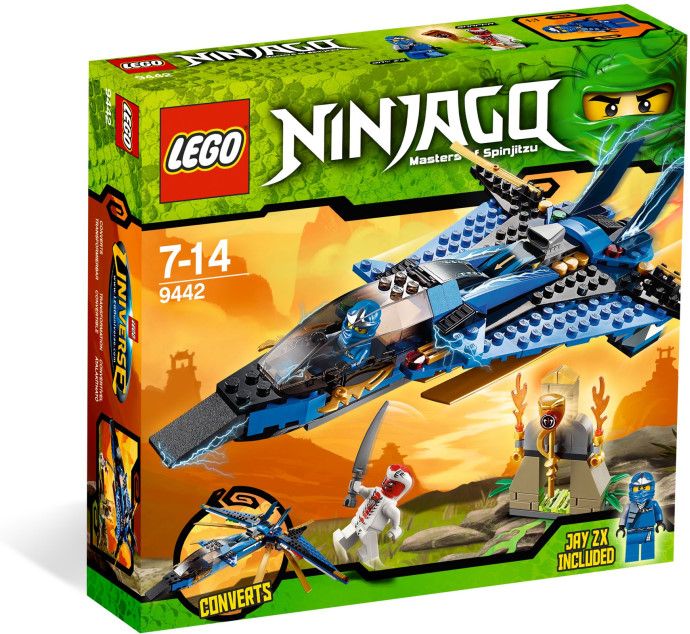 Jay streaks through the sky in his super-speed storm fighter on a mission to recover the golden Fangpyre staff and its powerful anti-venom. As he nears the cliff-top shrine, Fangpyre scout Snappa is already waiting for him. Deploy the Storm Fighter’s awesome wing attack! Set includes Jay ZX and Snappa minifigures, snake staff shrine, golden Fangpyre staff, 3 weapons and 2 torches.