Be the first to review this product
On request
SKU
9443
Charge into a sky-high villain battle and snatch the golden snake staff!
Ask for availability 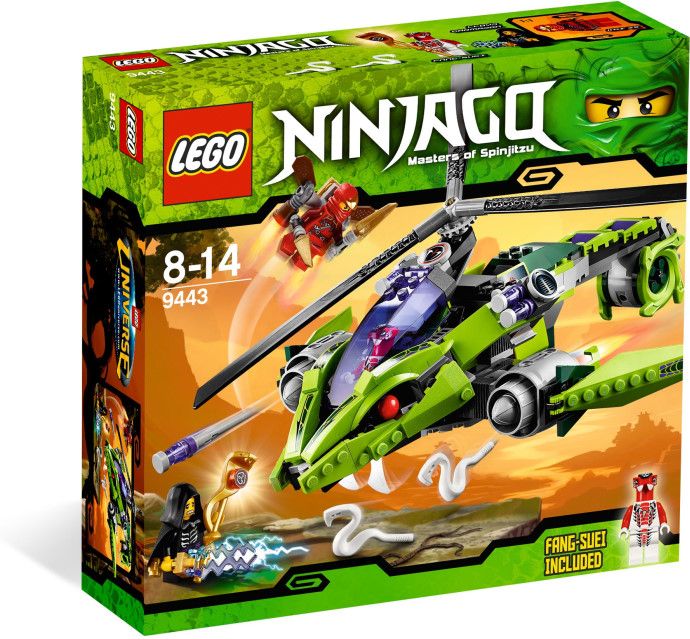 Lord Garmadon’s son Lloyd is getting away with the golden Constrictai staff – until he gets cornered by Fang-Suei, a fearsome soldier of the Fangpyre snake tribe. Will Lloyd taste the bite of Fang-Suei’s Rattlecopter and his mini-snake minions? Help Kai to swoop in on his fire-powered jetpack to snatch the staff and rescue Lloyd! Beware of the Fangpyre’s bite and its power to turn people into snakes! Grab the staff and the anti-venom hidden inside as you blast out of there! Includes Kai ZX, Lloyd Garmadon and Fang-Suei minifigures, Rattlecopter, golden Constrictai staff, 3 weapons, 2 mini-snakes and jetpack.