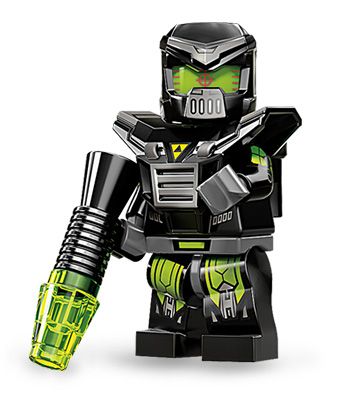 Built with antimatter microcircuits etched in the heart of a black hole and programmed by the top cyber-slicer of the sinister Blacktron space raiders, the Evil Mech is a dangerous force for interplanetary crime and chaos.

A cutting-edge nano-coating lets this robotic menace slip through force fields and scanner nets undetected, allowing it to steal, spy, or sabotage as its mission commands. The good news is that the Evil Mech is one of a kind…but if its design is ever duplicated, it could lead the way to a fearsome future generation that would make the galaxies tremble.