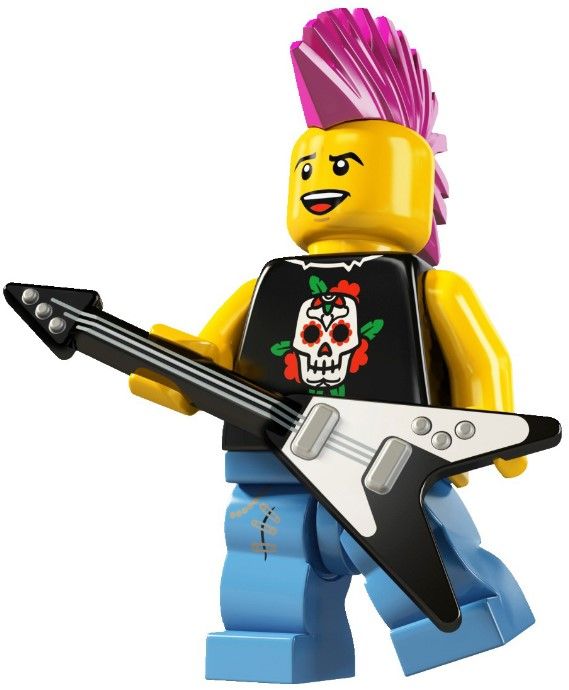 The Punk Rocker never goes anywhere without his favorite electric guitar, and as long as that guitar is in his hands, you can be sure that he’ll be rocking up a storm…and waking up everybody in the neighborhood while he’s at it.

There are all kinds of legends about the noisy Punk Rocker. Some say that he used to be shy and quiet until he got hit by a bolt of lightning one day. Some say that he’s sworn never to stop rocking until his music has created world peace. But whatever you may believe, one thing that everybody has to agree on is that the Punk Rocker is very, very, very LOUD!