Be the first to review this product
On request
SKU
883114 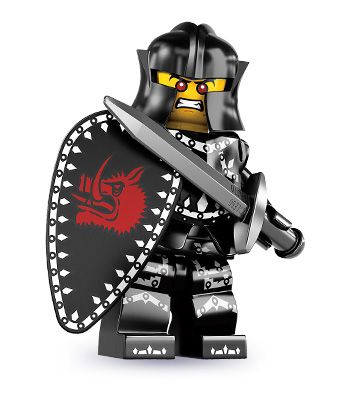 The Evil Knight loves nothing better than looting, pillaging and laying waste to peaceful kingdoms. He’s worked for all of the big baddies over the years, from Basil the Bat Lord to Cedric the Bull. He even once spent a memorable summer as one of Vladek’s mystical Shadow Knights, and was delighted that he got to keep his glowing red eyes afterwards.

Some bad guys take up villainy for money, and others for power or land, but the Evil Knight just likes being a wicked henchman. As long as he has a suit of spiky black armor, a sword and orders to cause trouble for a noble king or an innocent village, he’ll be happy to smash things up until somebody tells him to stop. In fact, he’s been part of so many evil armies that he sometimes forgets who he’s working for at the moment!