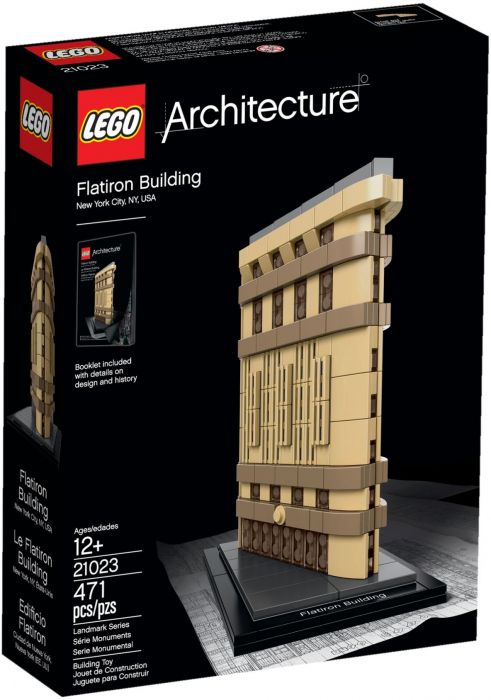 Build a detailed LEGO® brick model of the Flatiron Building, the most striking of New York’s earliest skyscrapers. Rising up from a triangular wedge of land between Broadway, Fifth Avenue and East 22nd Street, the ‘Fuller Building’ – as it was originally named – became one of the city’s tallest buildings at 20 stories on completion in 1902. A penthouse, built three years later, added an extra story. The locals’ nickname for the building was later officially adopted, and the ‘Flatiron Building’ has since been officially recognized as a National Historic Landmark. This intricate model captures the limestone façade and elegant Beaux-Arts styling of architect Daniel Burnham’s masterpiece in LEGO brick.