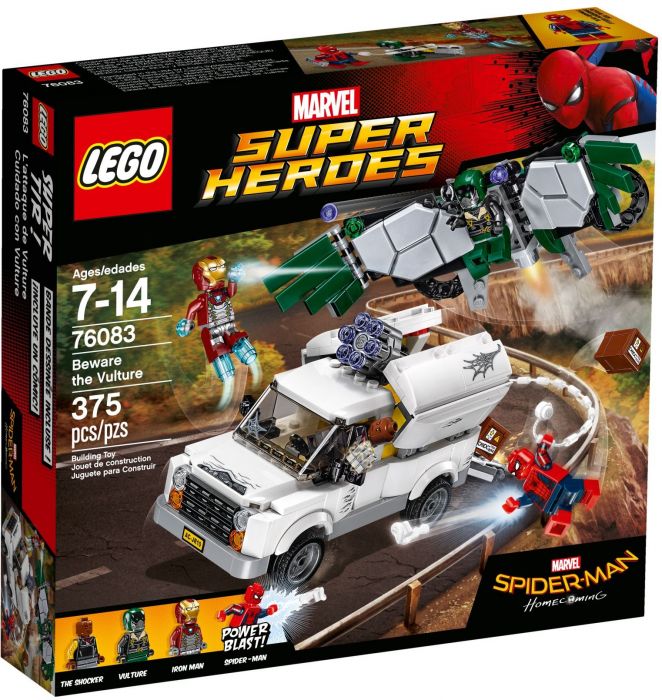 Team up with Spider-Man and Iron Man to catch up with The Shocker’s Van and tackle the Vulture’s attacks in this thrilling LEGO Marvel Super Heroes Beware the Vulture set. The Shocker’s Van opens up for easy play and includes a mounted, adjustable 6-stud rapid shooter, a buildable rifle and buildable tech egg, while Vulture’s wings have 2 detachable stud shooters. Includes 4 minifigures with assorted weapons and accessory elements such as Spider-Man’s firing Power Blasts.