The Ultimate Battle for Asgard 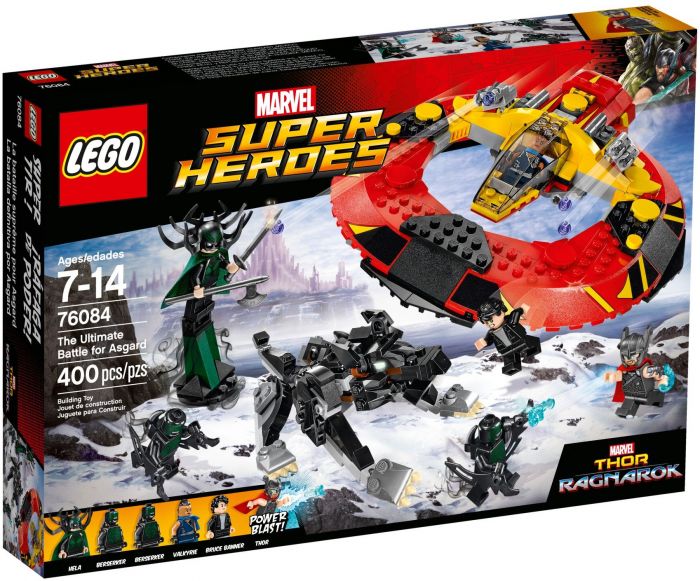 Fly the Commodore spaceship and team up with Thor, Bruce Banner and Valkyrie to take on Hela, her Berserkers and the Fenris wolf in this exciting LEGO® Marvel Super Heroes The Ultimate Battle for Asgard set. The Commodore has 2 dual stud shooters and a minifigure-drop function, while the buildable Fenris wolf figure features posable joints for different battle poses. Includes 6 minifigures with assorted weapons such as Thor and Hela’s firing Power Blasts to intensify the role-play action.