Be the first to review this product
On request
SKU
4527 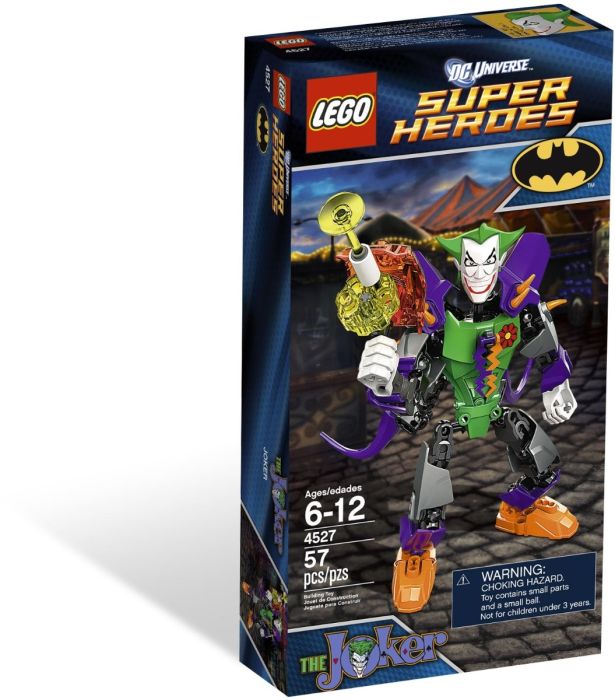 Power up The Joker™ and cause mayhem in Gotham City!

The Joker is spreading mayhem through the streets of Gotham City and only LEGO® Batman can put a stop to his criminal mischief. He’s armed with his powered-up suit and a blaster that shoots venom, smoke bombs, laughing gas and stun rays. Will The Joker prove that his arch enemy is just a big joke? You decide!