Be the first to review this product
On request
SKU
9471 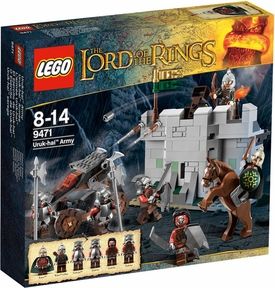 Under attack by the evil Uruk-hai Army, the ancient fortress at Helm's Deep is the last refuge for the people of Rohan! As the Uruk-hai draw near, they fire hooks from the armored hook shooter and try to scale the fortress walls. Can Éomer and the Rohan soldier hold back the Uruk-hai and save the day? Includes 6 minifigures: Éomer, Rohan soldier and 4 Uruk-hai.