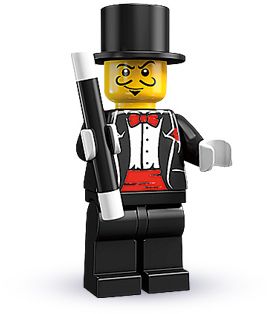 Appearing out of nowhere with a flourish of his cape and a twirl of his elegant, curly moustache, the mysterious Magician is the ultimate in stylish showmanship. He loves a good audience to appreciate his incredible and sense-defying magic tricks, but watch out – not only is he an amazing performer, but he’s also a talented prankster as well! He’ll confuse, bewilder and amaze with a mix of sleight-of-hand and impossible feats, and the more surprised his audience is, the better.

Whether he’s making a flock of doves fly out of his wand or pulling a giant rabbit out of his magic hat, the Magician is always ready to put on a spectacular show…right up until he vanishes without a trace in a flash of lightning and a puff of smoke!