“Nature is both beautiful and very ticklish.” 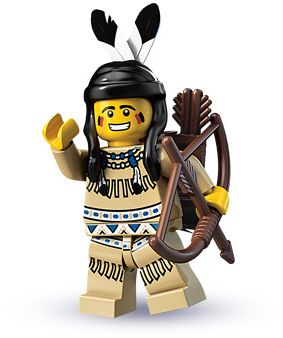 The Tribal Hunter is a skilled, wise and noble tracker who is at one with the wilderness. He lives off the land, his only possessions a hand-made bow and quiver (though some say he also has an MP3 player hidden somewhere, and that he’s secretly a great dancer). There is no better hunter alive, but he does not hunt to eat – instead, he prefers to prove his skill in a most unusual way.

If an animal is famous for being difficult to sneak up on, you can bet that the Tribal Hunter can be found creeping silently toward it, his bare feet making not a sound on the dry autumn leaves, until he suddenly jumps out to surprise the unsuspecting creature with a friendly poke. Fortunately, he is also a very fast runner, because most of the time he ends up getting chased by something with very big teeth and a very short temper. But that’s all just part of being the best hunter around!