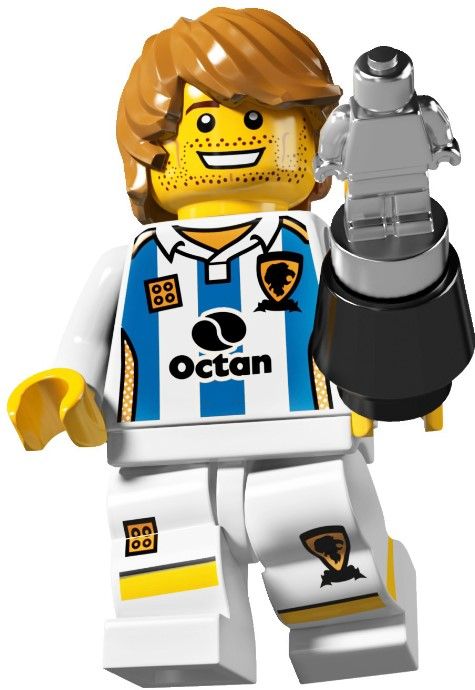 The Soccer Player has led the Brick Kickers team to many victories, and the other players all respect his strategy and skill on the field. He's a fast runner, an accurate kicker, and he's knocked so many soccer balls into the goal with his head that the fans joke that it's made of steel.

He may not win every game, but the Soccer Player always does his best and plays with a smile. It's earned him a reputation as both a good sportsman and a good sport who's almost as happy with a hard-earned second place as he is with a first-place trophy!