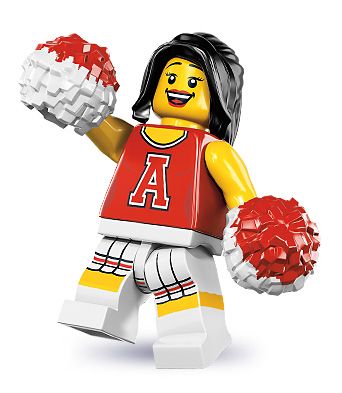 While totally proud of her home team and wanting to do all she can to cheer the players on, the Red Cheerleader is also extremely competitive with her rivals on other cheer squads. Whatever the opposing teams cheerleaders do, she feels like her squad needs to do it even bigger, better, and with more gusto.

Sometimes that leads her to go a little over the top with the cheering displays she puts together. It all started simply enough, with synchronized cartwheels and the occasional human pyramid. But that led to acrobaticsand then fireworksand then parade floatsand then they hired that skywriter jetand before her squad knew it, more people were coming to watch the cheering than the game!